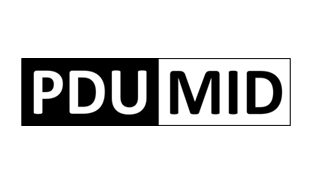 The range of communicating PDUs (Power Distribution Unit) complies with the MID directive guaranteeing an official measure to legally invoice your customers. The PDU MID range is composed of several formats to meet the equipment of new projects, but also of existing data centers. There are a large number of computer rooms in production, equipped with Basic PDUs or PDUs that do not allow the energy consumed to be legally re-invoiced. The “RETROFIT” model is the technical and economic response expected by customers to equip rooms in production. With our European partners, we manufacture in France a range of products covering the needs of electrical distribution in a computer bay. Our standard range meets the majority of requests, but we remain open to study any specific need.

Technology PartnersElectricity meter Intelligent PDUsUnder the PDU IP brand, solutions are offered for the distribution, control, measurement and supervision of electrical energy in single or three-phase and adapted to the new needs and new constraints of computer...

Technology PartnersSoftware - Alarm ManagementAlert is a software solution for notification and management of your alarms.En parallèle← Back to technology partners

← Back to technology partners

Manage Cookie Consent
To provide the best experiences, we use technologies like cookies to store and/or access device information. Consenting to these technologies will allow us to process data such as browsing behavior or unique IDs on this site. Not consenting or withdrawing consent, may adversely affect certain features and functions.
Manage options Manage services Manage vendors Read more about these purposes
View preferences
{title} {title} {title}